How to manage difficult conversations

Get in touch now

How to give (and receive) great feedback

Discover how to take the fear our of fierce conversations.

Often, leaders and managers have received little to no training in how to have a difficult conversation, and thus may end up avoiding the situation altogether until it becomes serious.

This series of 3 sessions aims to demystify the process of preparing for, holding and - most importantly - following up on, a difficult conversation. It's based on a face-to-face workshop that Making Teams Work has been delivering since 2015 and draws on the work of the Harvard Negotiation Project (HNP), amongst others.

What makes a conversation 'difficult'?

This introduction to the subject will aim to reduce the anxiety out of conversations that most of us would rather avoid having. We’ll look at what lies behind the difficulty by hearing from two pre-recorded interviews/ discussions with people who have had relevant experiences that were successful and un-successful.

As a supporting model, we'll look very briefly at the Herzburg Two-factor theory and how that might inform our understanding of why a person might be unhappy at work – leading to their performance or behaviour becoming unsatisfactory.

How to give feedback: The NICER feedback model

Many ‘difficult’ conversations are triggered because of unhelpful behaviour or attitudes displayed over an extended period. I believe this can often be avoided by providing clearer and more actionable feedback quickly after the initial event.

The NICER feedback model was developed following frustration with the commonly used ‘Feedback Sandwich’ which is usually ineffective for several reasons. This session covers what works and doesn't when giving feedback, an overview of the NICER model, and group work using learning scenarios.

When feedback has not had the required effect, or if a performance/behavioural situation escalates too rapidly, a difficult conversation may be necessary. This session will explore the emotional aspects of such conversations and how to manage that through good preparation, application, and follow-up.

Referring to the first module on what makes a conversation difficult, I will walk you through the steps in the PEAR process using a worked example. Participants will be encouraged to find a learning buddy to work through a sample conversation with.

Training that teaches you and your team techniques that are:

Jonathan is renowned for building the resilience and performance of teams & their leaders, facilitating learning through interactive & engaging workshops tailored in-the-moment to best serve the objectives of participants. He has run Making Teams Work since 2010 delivering training, coaching, and facilitation building on experiences from corporate life that included 14 years at Hewlett Packard leading a virtual team spread across the globe.

He now specialises in working with critical and blue-light services, and has worked with a variety of organisations in the public and private sectors including: 19 of the UK's police forces, The College of Policing, Intel, EasyJet, EE, O2, Lloyds Banking Group, Standard Life and the University of Bristol where he’s a visiting fellow, facilitator and lecturer. His first (serious) book: "The Resilience Toolkit: Powerful ways to thrive in blue-light services" was published in February 2019 and has sold over 1000 copies.

Get in touch now!

This course is available as either a 1 day or 2 x half-days face-to-face workshop for up to 16 participants.

While every workshop is tailored to your specific requirements, we include content, techniques, and exercises designed to maximise learning and cover challenges that the participants bring on the day.

All participants are provided with a dedicated workbook and given access to a private online learning environment providing: supporting material, recommended reading lists, and on-line chat.

Workshops are followed with weekly 'office hours' via the chat function and an on-line Q&A session around 4 weeks after the face-to-face event. Fees are from £1800 - £2400 + VAT & expenses.

Get in touch below to discuss the course in more detail.

This course is available as 3 90-minute online sessions for 25 to 50 participants, spaced at least 1 week apart. We use online tools such as Poll Everywhere and Mural to include content, techniques, and exercises which are designed to maximise learning and cover challenges that the participants bring.

All participants are provided with access to a private online learning environment providing: event links, an electronic workbook, supporting material, recommended reading lists, and online chat. Workshops are followed with weekly 'office hours' via the chat function and an online Q&A session around 4 weeks after the final event. Fees are from £1800 + VAT (No expenses) depending on the number of participants.

An "Open" version of this course is sometimes running. Details below if so:

This material is currently being developed as a self-paced on-line course accessed using an app on a mobile device or via a web-page. Click below to register your interest and I'll let you know when it is ready.

What others are saying about this training: 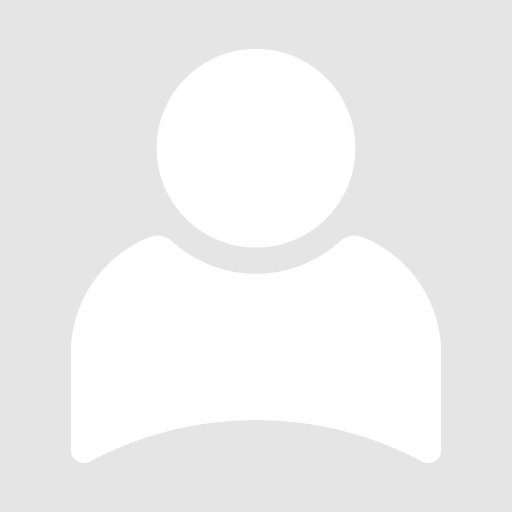 Accountability, Feedback and Difficult Conversations workshop:Good number of situational examples to trial the techniques and methods, good way to apply & learn knowledge. Good applicability to role -> likely to be used. Very well delivered course with justification behind the models and able to adapt to meet questions.

This content is not common sense, it's incredibly useful to understand and learn these (feedback & accountability) techniques.

Really good if you struggle

It is really good if you struggle with giving others feedback and having difficult conversations. Come with your examples!

Can you help my team?

Yes. Good for you for caring enough to ask. Email me with the title “Team” and I’ll get in touch with ideas. That could range from short webinars spread over a few weeks to an all-day course.

What would training cost?

Webinars start from £450 depending on duration and numbers. All prices excl VAT.

What if I want more personalised help?

Reply to one of my messages and put “Help” in the title, and we'll arrange to talk. Solutions could range from 1:1 coaching to a webinar, course or just a copy of The Resilience Toolkit. Get in touch today.

What format training do you offer?

I provide training in the most useful format for you. That could be face-to-face or virtual. When virtual, I've found it best to split content across 2 or 3 sessions, as 6 hours on-line isnt the best for really learning anything! You also learn more when the sessions are spread out.

After an initial discussion about your specific requirements, I will create a short outline of a proposed course or programme, including costs. When you agree to proceed on this basis, we will set a date/time and location for the workshop(s) and I will generate a formal quote to enable you to provide a purchase order number. Email confirmation of the booking will be taken as binding. Terms and Conditions are available on request - including cancellation terms.

What tools do you use?

With the 2020 lockdown due to COVID-19, I had to migrate quickly from front-of-room training to completely online delivery. One of the first things was a way to make it really interactive. I adopted ‘Poll Everywhere’ for live polling, 'Mural' for live white boarding, and 'GiraffePad' as my online learning environment.

We use cookies on our website to give you the most relevant experience by remembering your preferences and repeat visits. By clicking “Accept”, you consent to the use of ALL the cookies.
Cookie settingsACCEPT
Manage consent

This website uses cookies to improve your experience while you navigate through the website. Out of these, the cookies that are categorized as necessary are stored on your browser as they are essential for the working of basic functionalities of the website. We also use third-party cookies that help us analyze and understand how you use this website. These cookies will be stored in your browser only with your consent. You also have the option to opt-out of these cookies. But opting out of some of these cookies may affect your browsing experience.
Necessary Always Enabled
Necessary cookies are absolutely essential for the website to function properly. These cookies ensure basic functionalities and security features of the website, anonymously.
Functional
Functional cookies help to perform certain functionalities like sharing the content of the website on social media platforms, collect feedbacks, and other third-party features.
Performance
Performance cookies are used to understand and analyze the key performance indexes of the website which helps in delivering a better user experience for the visitors.
Analytics
Analytical cookies are used to understand how visitors interact with the website. These cookies help provide information on metrics the number of visitors, bounce rate, traffic source, etc.
Advertisement
Advertisement cookies are used to provide visitors with relevant ads and marketing campaigns. These cookies track visitors across websites and collect information to provide customized ads.
Others
Other uncategorized cookies are those that are being analyzed and have not been classified into a category as yet.
SAVE & ACCEPT

Discover how we can make your team work together. 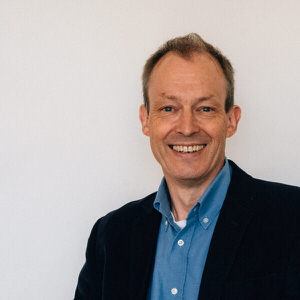 I know it's horribly impersonal this way - but it's fast and easy!

Tell me know your name, email address and a brief outline of what you want to talk about - whether it's leadership, team or personal development (including resilience) -  I'll get back to you to arrange a conversation.

Fill in your details below to receive the free report: 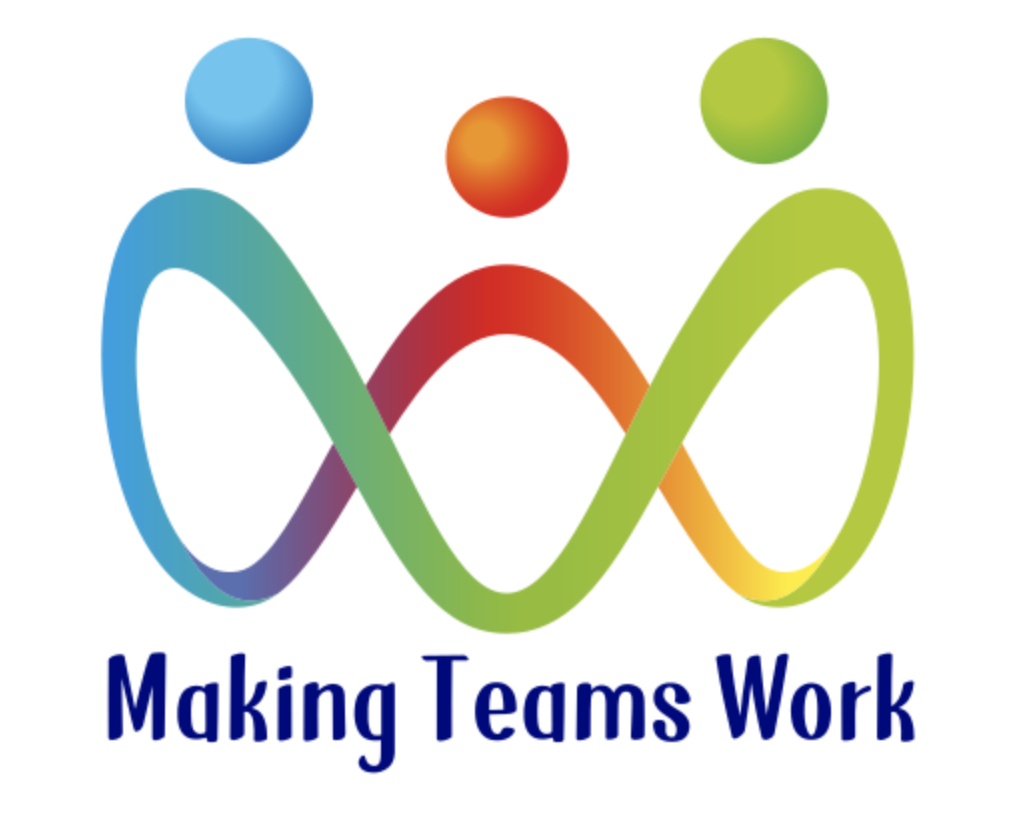 We are in the process of developing a range of self-paced online courses. Register your interest here and be the first to receive updates.